Mike and I are both playing by the same set of rules: no continues, same start lives, single player. We are also playing the same version of Bubble Bobble (arcade).

Let me start off by saying I have years of experience with Bubble Bobble. I’ve played it in the arcade as a kid, I played it on a Commodore 64 as youth, and I played it on the original Nintendo from the early 1990s and still do today, just a bit less frequently. You would think having a long history of playing this game that I’d be an instant Pro every time – far from the truth!

The arcade version of Bubble Bobble is the one I have the least amount of experience playing. There are noticeable difference in the levels, monster patterns, special items, and timers. The arcade version gets harder at a quicker pace compared to the NES port of the game. Baron von Blubba shows up quicker and monsters break out of their “bubbled state” sooner than they do on the Nintendo. It makes perfect sense that the arcade version would be more difficult – they want you drop another quarter into that machine.

Every time I revisit this game, it takes me at least an hour or two of warming up. During the first 5 games of this Bubble Bobble competition, my collective score was less than 250,000 points. 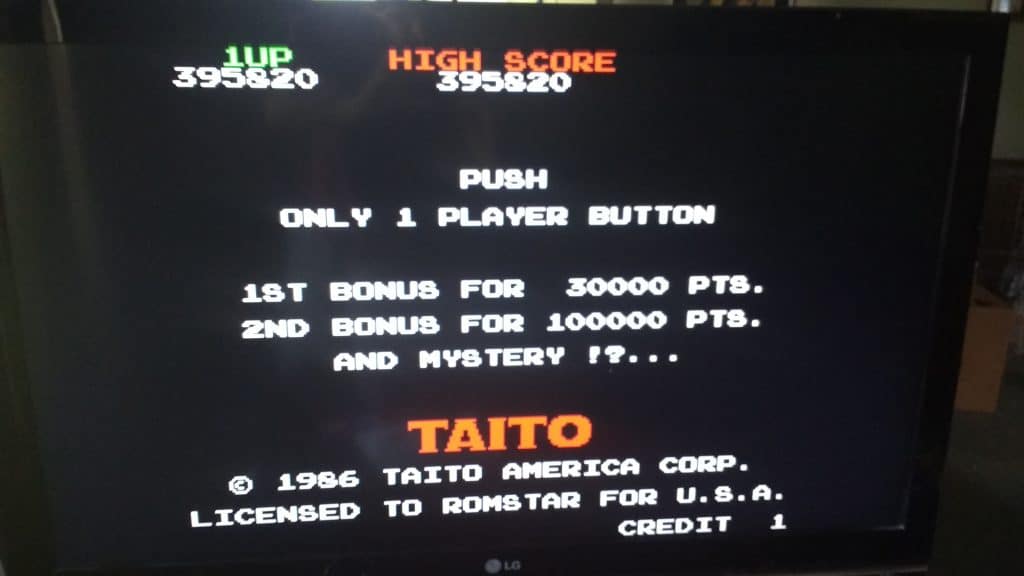 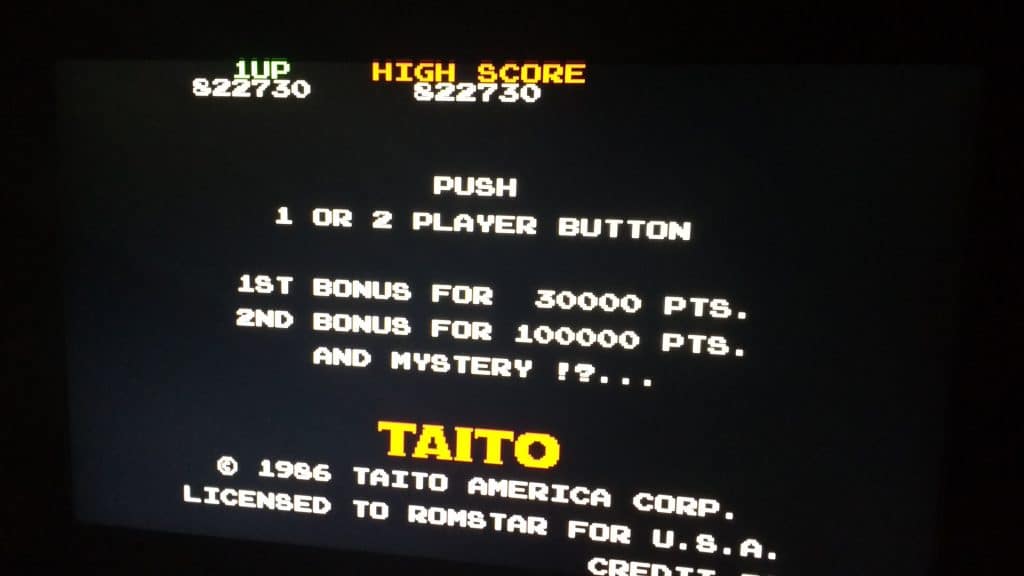 After a few more games, I finally started to get somewhere. 300k..800k..and eventually breaking 7-digits.

As of today, my high score for this Bubble Bobble competition so far sits around 1,220,000 and I’ve reached level 71 while playing.

Now, back to playing.